The 12 Year Boy Did The Right Thing While His Home Was Burglarized! 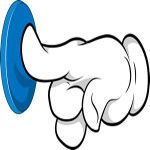 Front Door Knock Burglaries Are On The Rise! Recently there was a  12 year old resident was home alone when they heard a knock at the front door but did not answer it. Two adult males entered the backyard of the residence and attempted to break into the home. The 12 year old boy hid in a closet of the home and called 911. The two suspects, broke into the home and began to  it. As police officers responded to the residence, the 12 year old resident stayed on the phone with the dispatcher.

The two suspects were contacted by officers as they exited the home. One suspect were taken into custody at that time. The second suspect fled on foot through neighboring backyards. A short time later, the suspect was located and apprehended by a police K9 in a backyard several houses away. The 13 year old resident was unharmed and both of the suspects were taken into custody and charged with multiple felonies.

What Do Police Suggest You Should Do When Someone Knocks On The Front Door? 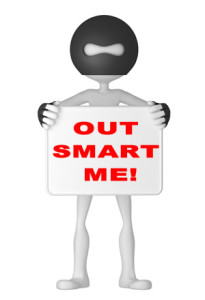 This incident brings attention to a tactic burglars often use. Burglars knock at the door in order to insure that the residence is not occupied. When they do not get a response, they move to a window or door and force entry. This could lead to a potentially dangerous confrontation if the resident is inside and has not made their presence known.

Many years ago, crime prevention tips would have recommended that residents, that are home alone, remain silent when someone knocks at the door. That tip is no longer the recommended practice. T Police Departments recommend that you reconsider how you approach this issue and how you instruct your children who are going to be home alone. The new suggestion is follow the “Acknowledge, Call and Hide Principle!” When alone and a stranger knocks at the door, acknowledge by yelling “I got it” so it appears another person is home and acknowledge them through the door. Ask them to leave by rejecting their offer or reason for wanting you to open your door. You can also instruct your children on excuses to give them if they ask for “a parent”. Excuses like “Dad is on a conference call” or “Dad is working on a project”. If they persist or will not leave, instruct them to call 911 as they move to a safe location to hide. Remain on the line with the operator as police respond. By adopting this approach you may reduce the risk of a confrontation.

Have Fun - See All Client Talk At Once...

Reviews Around The Internet

Jim and his staff are amazing! I always receive immediate responses to calls, emails and texts. Jim has a vast knowledge of his product and talks me through any insurance needs. When I've brought up potential needs he's reasonable about it, and if it's coverage that I don't need, he's quick to tell me so. That means a lot to me. Claims are dealt with promptly and Jim really goes to bat for me... 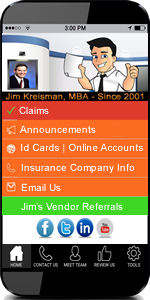 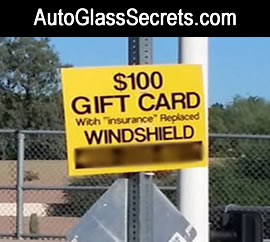 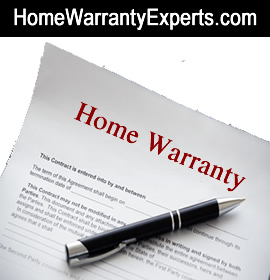